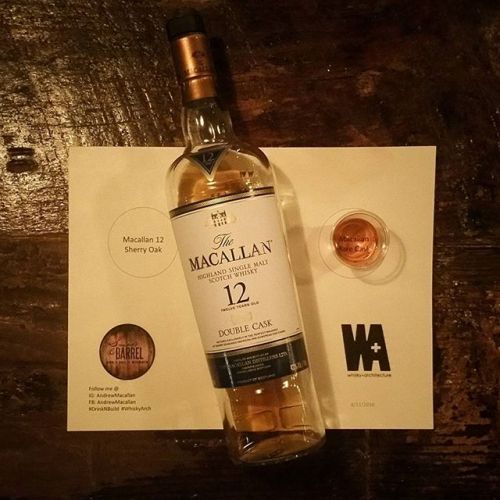 Average Price: $55 (or comparable to the standard Macallan 12 Sherry in your market)

Peat’s Thoughts: Finally! In an age where age has become a rare commodity and where for the past few releases, non-aged statements (NAS) have become the norm, we get something that harks back to a simpler time. After three years of judging whisky by its colour, the acclaimed distillery has released something new with an actual age on it. Introducing The Macallan 12 Double Cask! Now, I’m sure many may wonder if this is the beginning of the age statement renaissance, especially with other massive distilleries like The Glenlivet replacing their standard 12 with their Founder’s Reserve in some markets, but I rather not speculate, but instead enjoy the fact that I got to try this beauty.

So, Double Cask. Well, while the standard 12 is matured primarily in European Sherry Casks, and the Fine Oak having more influence from American Bourbon Casks, the Doube Cask is pretty much what you get when you take the best of both worlds. With an almost 50:40 ratio, this beauty is a mixture of American Sherry Oak AND European Sherry Oak. What does that mean for the taste? Well it’s bloody delicious. It’s one of the best drams I’ve had from the distillery in a while. It’s lighter than the standard 12, but the unmistakable flavour of Macallan is still there. You get those vanilla notes, those dried fruit notes and above all else, a smooth richness that heals your soul. Yes, when this is released, it’s definitely one to add to the collection.