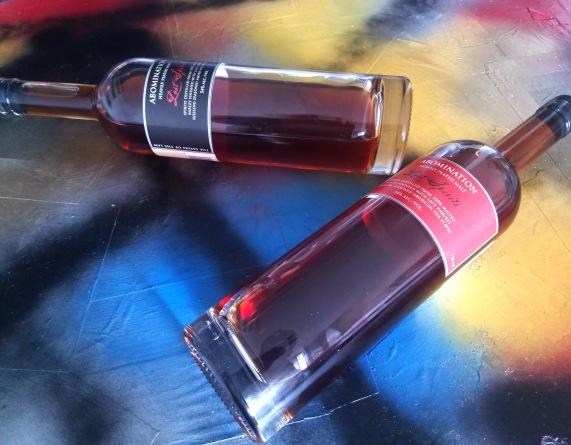 As my colleague Peat stated in the first edition of  What you Should…, “When we here at Whisky + Architecture first came up with the idea of adopting pseudonyms, it was Finn himself who bestowed upon us our respective names. To say that he expertly captured our differing tastes and preferences is somewhat of an understatement. He’s a huge fan of sherry [and other] cask-finished whiskies; you’ll be hard pressed to find Neat with ice cubes in his drink, let alone a chaser. And as for me? Well, I was, and still am, a massive fan of peated monsters such as Laphroaig and Ardbeg (thus ‘Peat’), going so far as to write a love letter to the former.”

Interestingly, throughout our journey through the wild world of whiks(e)y, due to increased exposure, we all have developed more of a tolerance – dare I say enjoyment – of each other’s palates. The first time a bottle of one of Peat’s Picks was opened around me, I wouldn’t say I was repulsed, but I was certainly concerned. “What in the world could smell like that?” I would ask. Peat’s glee that day has rubbed off on me and now when a peaty bomb is on the menu I welcome the fragrance with open arms.

Quite possibly the major bridge towards the maturity of my peat tolerance (take that pun any way you want to) is was built by one of my very favorite distilleries: Lost Spirits. As I’ve stated before, when my taste buds were stimulated to the umpteenth level by the perfection that is the Lost Spirits Ouroboros there was nothing else that mattered. To see if I could strike gold twice from the California-based distillery, I tried their Bohemian Bonfire and let’s just say I now could be considered a master prospector. From there, my obsession with obtaining a bottle from the distillery has been a major goal. It is still difficult to find a wide range of enthusiasts that know of the company, let alone have been blessed to taste one of their whiskies. That may about to change. The humble company, for a couple of years now, has been building some buzz that is about to scream volumes for the whisk(e)y world. One of the resultants just happens to be my first of their bottles -yes, bottles with an ‘s’ –  of their experimentation and innovation. Insert: Lost Spirits Abomination. 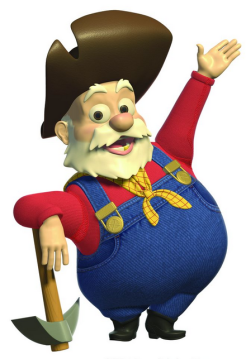 First and foremost, much gratitude goes to the great pioneers of Lost Spirits, Bryan and Joanne. I cannot stress enough what an honor it is to be given the exclusive task of trying these manifestations of whisky wizardry. Now, lets talk about some booze, and why you should be calling the hounds in search of anything Lost Spirits produces from here on out:

Abomination Heavily Peated Malt is Lost Spirits’ latest single malt. Coming in at 54% alcohol, this non chill-filtered whiskey comes in two iterations (more on that later). A peaty dram at 45-55PPM (for comparison: Laphroaig, Lagavulin, and Port Charlotte are around 40-50PPM, for more info on PPM check out our Octomore article), this whiskey comes with guns blazing, shooting off peat all the way from Islay. No coloring or flavoring additives, because, I mean c’mon. The only “tampering” with the flavor of these bad boys actually comes from innovating and transcending the way whiskey from here on out could be matured.

Abomination, as some other spirits that Lost Spirits are playing Dr. Frankenstein with, is what happens when Bryan Davis (founder and mad scientist) pushes the button on his time machine named THEA.

When THEA is activated… Well, I have no clue specifically what happens at all because I’m more of the artsy, design creative type and not the brain surgeon, astrophysicist, insane engineering genius type. What I do know, is that the spirits inside the reactor defy our concept of time as if Bryan met with the same aliens from Arrival. With THEA, spirits can retain the flavor and color and “spiritness” of sitting within barrels for decades in just a couple of days. That’s right. Days. What we have is the future of maturing spirits and a total monkey wrench in the culture of whisk(e)y consumption. Get ready for Flash Aged booze folks!

Why “Abomination” for its name? Well, given its known definition of something like “anything that is hated or disgusted especially when it shouldn’t even exist”, one can bring rationale to the association of this man-playing-God act which resulted in a peaty monster and overall whiskey oddity. Before anyone voices their opinions on how they feel about the process, one has to admit that this is some cool ass shit. As for me, I’m all for it and can’t wait to be confused beyond description as Bryan tries to explain more about the intricacies of his booze-concocting time machine as they move forward.  But, without further adieu, the whiskey. *Notice the Dr. Moreau references:

Abomination – “The Crying of the Puma” (Red)

Remember when I said there were two iterations? Well, you may be wondering why. Simple, to give two very different experiences of the same idea. The Crying Game’s maturation is from Toasted Oak of Late Harvest Riesling Staves. First scent is of an inviting peat aroma but not a smokey one, a very elegant effect that not every distillery is able to pull off. This one presents a perfectly orchestrated, gradual taste from welcoming fruit to a peaty exit as it goes down. It is really an interesting, complex and pleasant experience where there isn’t as much smokiness as I expected (maybe due to life with Peat) but a good amount of peatiness which only becomes prevalent during the latter half of the sip. As if a switch was hit to smoothly transition the chocolate and fruit taste into a marshmallow char. This is good, really good. This is smooth, really smooth. This is going to be hard to pace myself. I’m impressed and enjoying myself.

Abomination – “The Sayers of the Law” (Black)

The difference between the two iterations is all in the maturation and it is felt. Ready for the big difference? The Sayers of the Law is matured with Charred Oak in addition to the Late Harvest Riesling Seasoned Stave. The slight variation in sentence is a huge difference in experience. It actually flips and intensifies the feeling I got from “Red”. This one starts off with the peat and brings some smoke along that I imagine was leftover from the marshmallow of its sister version. This one has more of a woody sharpness to it that lets you know it means business. But just as you think this may be one of those peaty blasts that clears the room, it’s like someone turned on some Kenny G at a punk rock concert. The peat dies down but the sharpness still plays out to the finish almost like a bourbon would.

How is it almost the perfect inverse of the last bottle?

Now, I can taste more of the fruitiness here. This warm finish even lasts a bit longer and sort of says sorry for slapping you in the face earlier on some Sour Patch Kids shit. I wonder which one of these Peat will prefer? I’ll have to save some for him. I just realized that this only matured for some months! Months! THIS IS INCREDIBLE! 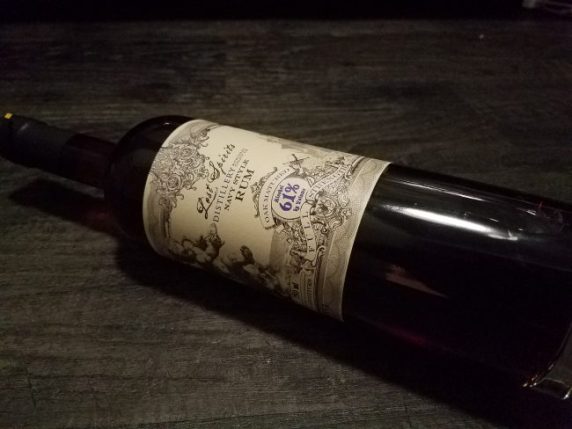 Oh yea, they make Rum too.

Once upon a time, if you knew us at W+A, you would have sworn that if we ever started to cover our experience in booze consumption and architecture, our name would be R+A. I hope you follow. So as a pleasant surprise from Lost Spirits in a manner that would make me refer to them as my kindred spirit, I was also given access to one of their rapidly aged rum offerings – Navy Style Rum. Man oh man. Once in a while I may resort back to my old love, but it’s been awhile. To attempt to describe it in the same manner that I’ve learned to describe whisky, well… I’ll try for you all. Navy Style Rum gives me the feeling of changing the channel on a game that you think is over too soon and coming back to find out you missed how great it turned out to be. Navy Style has the complexity and feeling of a maturity that I never sought out in rums back in my unguided alcohol consuming days, so whenever I have one that is of a certain quality now, it is bittersweet. This thing has a thickness that is more than a “full body” type and more like a molasses feel. A strong as shit molasses at 61%. I’m used to sipping my alcohol neat now and if you are like me, I say tread lightly when swimming in these waters. I’ll one day get to making a cocktail out of this, which should be great, but for now I’m stuck in my ways. I’ve always loved over-proofed rum and this is a welcomed intense feeling. It has a kick, naturally, but it is simultaneously a smooth and illuminating sip that goes down easily with a last boot to the butt to let you know this is a grown ass drink. Now I have to start trying to collect Lost Spirits Rum too… Geez, you take one step forward only to take two steps back. Thanks Bryan and Joanne. Thanks…

Whether its whiskey or rum that you love, please, please, please look into Lost Spirits. If not for the great experience at least for the curiosity of the technology that goes into making this stuff, right? I’ve said it before but until the day I have someone come up to me to ask if I’ve ever had something from the evil geniuses at Lost Spirits, I won’t stop informing you all about their greatness. More importantly, I won’t ever stop trying to get my hands on the tasty, innovative and Finn’s Favorite booze from Lost Spirits. Once again, thank you Bryan and Joanne and I can’t wait to taste what comes out of your time machines next.

6 thoughts on “What you Should be Drinking Right Now: Abomination”